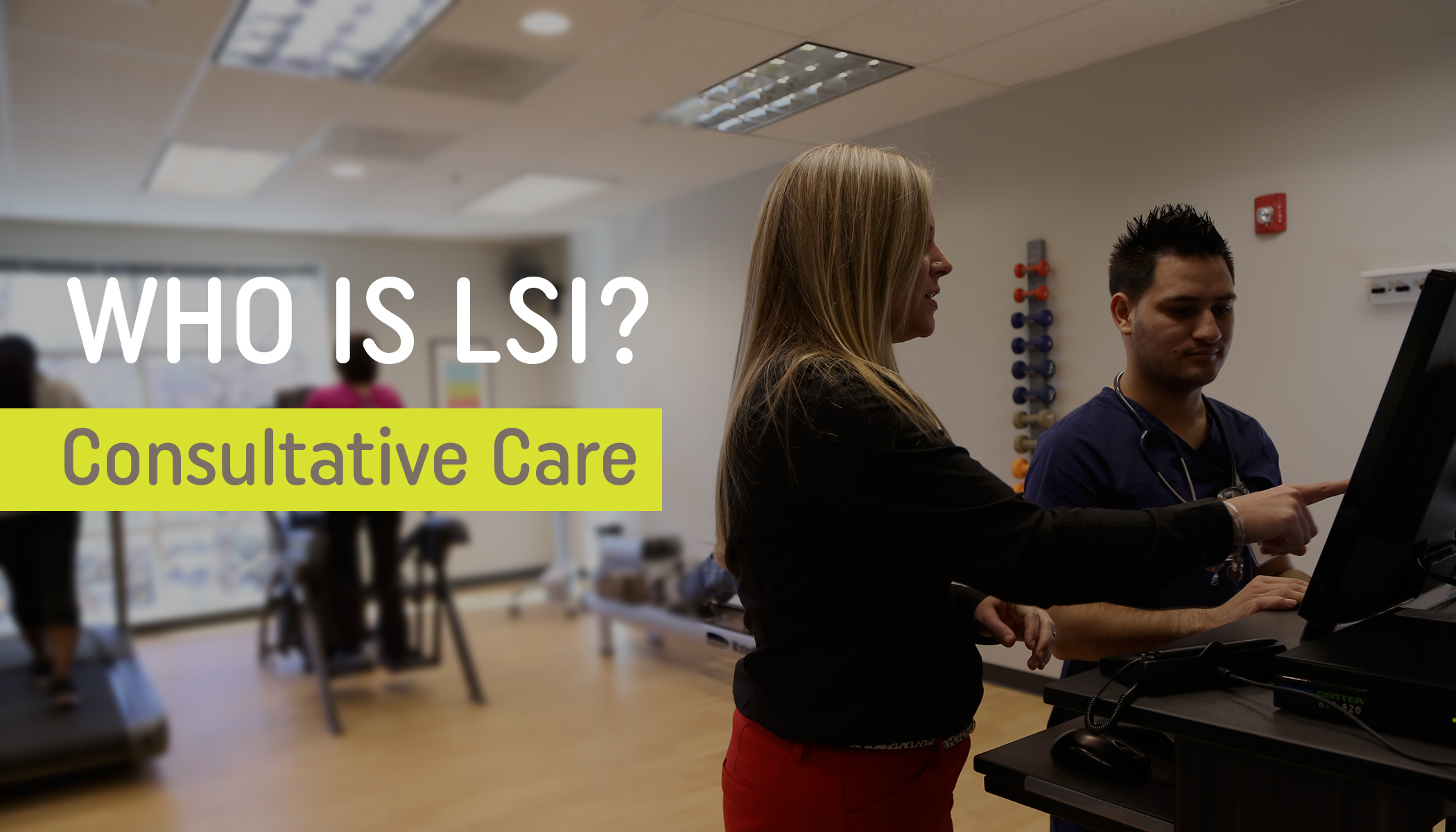 To help you get to know LSI, we’re starting a series exploring each of our five core values. One of our most fundamental values is Consultative Care—we believe relationships come first. Our process starts by listening to a rehab’s needs and then customizing a technology solution specific to their patient-care process. Take Andy French, Director of Graham Wellness Center in Canton, IL, for example.

“I like to uncover some fundamental questions about a rehab first,” said Chad. Questions like: “How many clinicians do you have on staff? How many staff hours do they work per day? How many patients do you see per day? What’s your rehab’s overall square footage? Do you see pulmonary rehab patients as well?”

Over the next 12 months, Chad and the LSI team continued to listen—not just to Andy, but to everyone: “Through two on-site demonstrations,” said Chad, “I had the opportunity to meet with the rehab staff, information systems personnel and members of the Graham Hospital interface team. We also set up conference calls involving key team members of the hospital’s network administration team.”

Through these conversations, Chad learned that Andy’s cardiac rehab had outgrown the capabilities of their current telemetry system. Their previous configuration hindered their ability to multi-task within the department, reduced their overall efficiency and compromised the quality of patient care.

After identifying Graham Wellness Center’s challenges, Chad and his team formulated a strategic plan. First, they implemented multiple work stations so staff members could access all of their patients’ data at each one.

They also worked with the IT/IS staff to build a custom interface with Meditech, their EHR. During this process, the interface team at Graham Hospital requested an LSI “test system” in order to check the inbound and outbound messaging. LSI not only provided this at no charge, but also enrolled them in the AACVPR Registry for free.

From the staff and patient standpoint, the results have been positive. The Graham team can now enter patient outcomes and electronically “sync” to the Registry database, simplifying the accreditation process for AACVPR. Furthermore, using LSI’s telemetry system has improved Andy’s patient-care process and reduced the amount of paper within his department. And it all started with a conversation and a relationship.

We’d love to hear the specific challenges and needs facing your cardiac rehab. To start the conversation, contact us here.