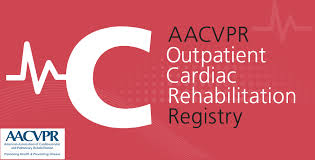 CHICAGO (September 8, 2011) – The American Association of Cardiovascular and Pulmonary Rehabilitation (AACVPR) is creating an Outpatient Cardiac Rehabilitation Registry to provide cardiac rehabilitation programs with national outcomes data for benchmarking and to demonstrate the positive impact of cardiac rehabilitation on the morbidity, mortality, physical function, and quality of life of heart patients. This will be the United States’ first nationwide registry of its kind.

“The AACVPR Outpatient Cardiac Rehabilitation Registry will give programs an efficient means to track, document, and communicate patient outcomes and program performance,” said Steven Lichtman, AACVPR 2011–2012 president. “We are pleased to be offering this valuable new tool to the cardiac rehabilitation community.”

Targeted for release in June 2012, the Web-based registry will allow subscribers to securely access rigorous, high- quality data in real time, from any computer with an Internet connection. In addition, programs will be able to see how their clinical, behavioral, health, and service outcomes compare to aggregated data from other programs on a national level.

The registry platform is being developed by Cissec Corporation, a Canadian-based software development firm specializing in healthcare technology. AACVPR and the cardiac rehabilitation experts who make up its Registry Committee have developed the registry content and will oversee its operations.

Life Systems International (LSI) Inc. is providing unrestricted support of the registry as a founding sponsor. “The AACVPR Registry project interested LSI because it fits with our consultative approach to working with rehabs,” said LSI President Korey Sixbury. “We are honored to partner with AACVPR to help strengthen the cardiac rehab industry through standardized, evidence-based outcomes reporting, making a positive impact for both clinicians and patients.”

A sneak peek of the registry, including the proposed data set, measures, and reporting tools, is being offered at the AACVPR Annual Meeting in Anaheim, California, September 8–10, 2011. To learn more about the AACVPR Outpatient Cardiac Rehabilitation Registry and to register as an early adopter, go to www.aacvpr.org/CRregistry or contact P. Joanne Ray, executive director of AACVPR, at 312/673-4746 or jray@aacvpr.org.